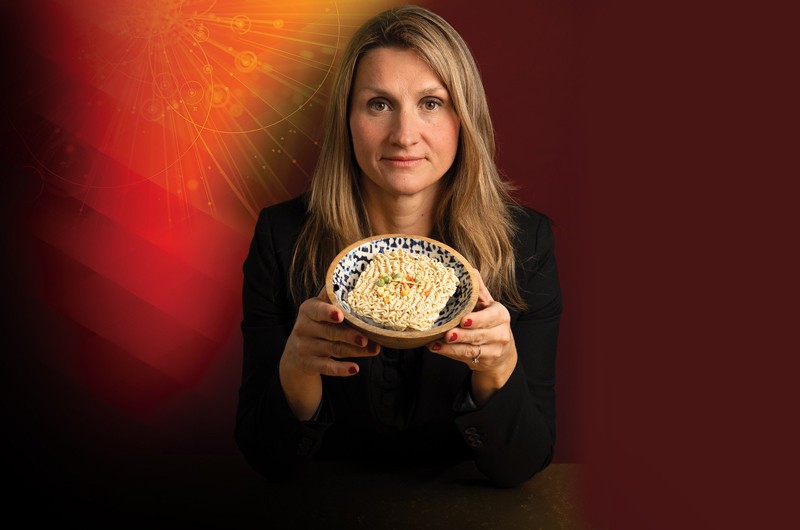 As head of the U.S. Food Administration, Herbert Hoover created the “Clean Plate” campaign during World War I to encourage Americans to conserve resources by using less, reducing waste and “cleaning their plate at every meal.” President Harry Truman helped revive this practice in elementary schools in the wake of the Great Depression and World War II.

Today, Allison Karpyn studies a different kind of clean plate challenge facing Americans — food insecurity — an individual or family’s limited or uncertain access to adequate nutritious food. This can mean not enough food, or it can refer to a reduction in the quality, variety or desirability of the food available. It’s a public health issue that contributes to hunger and also to health conditions such as obesity and diabetes.

Q: What do you study, and what led you into this field?

Karpyn: I study the root causes of food insecurity, which influence hunger and obesity. I was led into the field as an undergraduate at Johns Hopkins University where I had the opportunity to participate in social science research at an early stage in my career. I worked in Baltimore city schools doing research and saw firsthand how needed it was and what a difference it could make. I really never changed course after that.

Q: Can you recount the tipping point — the idea that produced your  ‘aha!’ moment?

Karpyn: I came to academia after having worked for 12 years at a pioneering Philadelphia-based nonprofit organization called The Food Trust. My first ‘aha!’ moment came in 2003 during hearings of the School Reform Commission (Philadelphia’s School Board) where debates were raging about whether to implement a school beverage policy that would restrict soda and other sugar-sweetened beverages. I realized then how persuasive research can be and how critical it is to inform policy. Through that process, I also saw that it is possible to achieve policies that put children’s best interests at heart, even if you don’t have much money for lobbying.

Read the full Q&A on UDaily