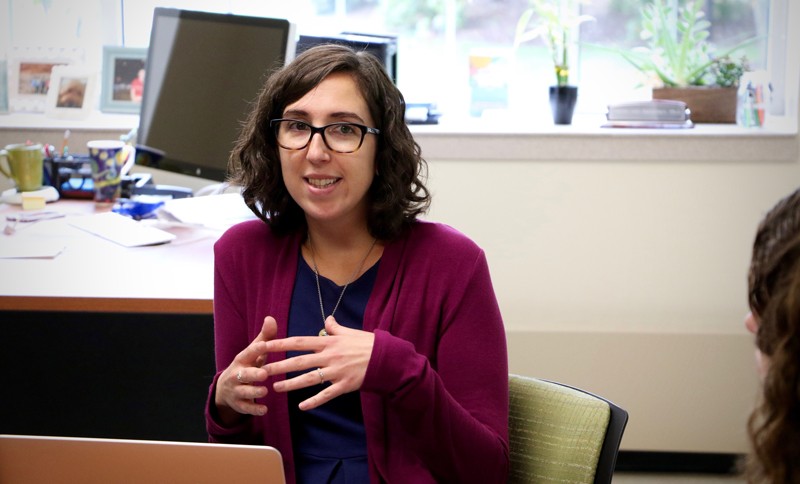 She interviewed him at the methadone clinic. He had HIV and a heroin use disorder. Valerie Earnshaw, a professor at the University of Delaware, was in graduate school at the time, gathering data for her psychology research. What he told her will stay with her forever.

“He said doctors wouldn’t touch him in the early days of his HIV care, which made him feel awful,” Earnshaw says. “He said he would never forget the first time he was touched in a doctor’s office. Being touched in a positive way was such a humanizing experience.”

Then there was the 18-year-old receiving methadone who didn’t have much to say during his interview until Earnshaw asked, at the conclusion, if he had any questions.

“He asked me, ‘When will it end? My family — they don’t trust me. When will that wear off?’ I was heartbroken. I carry him with me, too,” she says.

Such discussions have steeled Earnshaw’s resolve to understand the stigma that people with HIV and substance use disorders face and to help bring about positive change. Although she has only been on the faculty of UD’s College of Education and Human Development since 2016, the social psychologist already is being recognized nationally for her research.